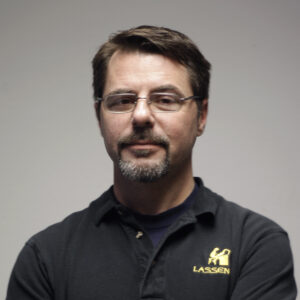 Do the right thing.

A proud Oregon native (born in Eugene, lived in Portland, Albany, and now Bandon), Bandon IT is owned and operated by Aaron Barnes.  Aaron’s experience in the computer field stems from previously having worked for America Online, New Horizons Computer Training Centers, and Marriott International.  Aaron also owns and oversees operations of Lassen PC, a small business computer support company located in Susanville California.  He is also a Rotarian with the Bandon By the Sea Club and also sits on the Bandon Chamber’s Public Policy Committee. In what is left of his free time, Aaron is a volunteer instructor with CyberLynx of Oregon, a non-profit educational group whose focus is to provide free computer training to the local community.

Aaron has also worked for SEMSA (Sierra Emergency Medical Services Alliance) from 2005 to 2015 as an EMT, working 48 hour shifts once per week while growing his Lassen PC business.

Bandon IT officially began operations in January 2015 with an intentional soft start.  Construction of our new office was completed in May of 2015, allowing us to move forward with full time operations in the Bandon area in July 2015.  Due to demand, in August 2015 the decision was made to move to a storefront location in the heart of Bandon.

Insured by State Farm, agent Dan Farmer, to conduct business within the state.

Bandon IT is committed to creating a diverse environment and is proud to be an equal opportunity employer. All qualified applicants will receive consideration for employment without regard to race, color, religion, gender, gender identity or expression, sexual orientation, national origin, genetics, disability, age, or veteran status.